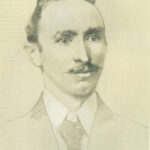 Since the time of the Greeks, the myths and legends of heroes have followed a consistent pattern. The hero enjoys initial success and is catapulted to fame to only just as quickly have everything taken away from him and to fall from grace; then in the time of dire need the hero reemerges and asserts his nobility of character often by his personal sacrifice in the face of … END_OF_DOCUMENT_TOKEN_TO_BE_REPLACED 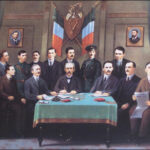 On Friday, April 24th 2015 we will mark the 99th Anniversary of the Easter Rising and the declaration of the Irish Republic. There has already been considerable commentary, which shall only intensify over the course of the coming year, as to the significance of the proclamation and the motives of the signers and key participants. There is a great deal of material for those who … END_OF_DOCUMENT_TOKEN_TO_BE_REPLACED 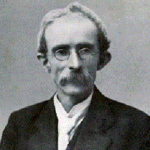 Of the seven names signed on the proclama­tion of the Irish Republic, as read from the front of the General Post Office (GPO) in Dublin on 24 April 1916, only one name stands alone and above all the rest. Ironically, some of the best known figures of the Rising today are actually amongst the later signatories; despite being President of the Provisional Government, Padraig … END_OF_DOCUMENT_TOKEN_TO_BE_REPLACED 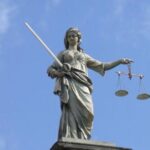 Dublin Castle was the seat of British rule in Ireland for over seven hundred years.  On top of the gate to the courtyard of the castle is a statue depicting Justice.  The statue is unusual for several reasons. The figure of Justice faces inward not outward as would be usual. This results in Justice facing the rulers of the castle and the statue turning its back to the city of … END_OF_DOCUMENT_TOKEN_TO_BE_REPLACED 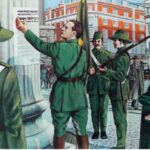 This year marks the 95th Anniversary of the 1916 Easter Rising. Despite such a milestone anniversary, it seems to have passed by with little recognition. Perhaps this is because some of the “politically correct” insist on drawing parallels between the action of April/May 1916 and unrest in our present day world. One has only to look at the ideological leader of the rising, … END_OF_DOCUMENT_TOKEN_TO_BE_REPLACED