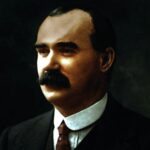 James Connolly was born in Edinburgh, Scotland in 1868. His parents were poor rural laborers from Monaghan that had traveled to the capital of Scotland in search of better opportunity only to settle in one of the city’s poorest sections, an Irish enclave in the Cowgate section nicknamed “Little Ireland”. Poverty was a constant childhood companion; forcing young Connolly to … END_OF_DOCUMENT_TOKEN_TO_BE_REPLACED 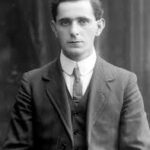 Sean Mac Diarmada was born in Corranmore, near Kiltyclogher in County Leitrim, the third youngest of ten children. He grew up in an area scarred by the sad history of Ireland’s experience under English rule. Surrounding his boyhood home there was an ancient sweathouse, Mass rocks from the penal law days when the Catholic faith was illegal and priests hunted like wolves and … END_OF_DOCUMENT_TOKEN_TO_BE_REPLACED 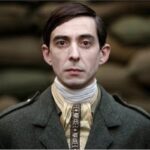 On April 24, 1916 amidst the chaos of the newly seized Dublin General Post Office (GPO), a fifteen year old Roddy Connolly, acting as an aide to his father James Connolly, noticed a peculiar site. He saw men putting down a mattress in front of the stamps counter and a man in a resplendent uniform complete with saber then lying upon it while everyone else was dashing about him. … END_OF_DOCUMENT_TOKEN_TO_BE_REPLACED

In the aftermath of the Easter Rising, 16 men were executed for taking part in the fight for Ireland’s freedom.  Naturally, the majority of the attention falls upon the leader and the signatories of the Proclamation.  It would, however, be a grave injustice to not remember the other gallant men who willingly made the ultimate sacrifice for Ireland; among the foremost would be … END_OF_DOCUMENT_TOKEN_TO_BE_REPLACED 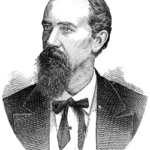 Jeremiah O'Donovan Rossa was born Jeremiah O'Donovan in Reenascreena, County Cork on 10 September 1831. While he was the son of tenant farmers, the family could trace their ancestry back to nobler days when before the English confiscation of Irish land they had held the parish of Kilmeen, the honorary title "Rossa" coming from the town of Rossmore in that parish. Rossa saw the … END_OF_DOCUMENT_TOKEN_TO_BE_REPLACED