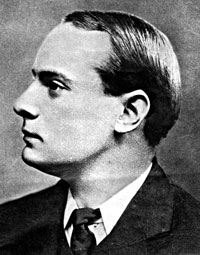 This year marks the 95th Anniversary of the 1916 Easter Rising. Despite such a milestone anniversary, it seems to have passed by with little recognition. Perhaps this is because some of the “politically correct” insist on drawing parallels between the action of April/May 1916 and unrest in our present day world. One has only to look at the ideological leader of the rising, Padraig Pearse, to see how flawed, unjust and misguided these analogies can be.

Pearse was born on 10 November 1879 to an English father and an Irish mother. His father was a stone mason and sculptor whose business provided the young Pearse with a comfortable middle class upbringing. Pearse’s father was self educated and passed onto his son a love of books and learning. Pearse’s mother was from a Gaelic speaking family that instilled in the youth a love of Ireland and the Irish language. Pearse joined the Gaelic league at the age of sixteen and by the age of twenty three was the editor of its newspaper. Pearse was an excellent student earning a degree in modern languages and was admitted to the Bar in 1901 as a barrister. Pearse soon found that being an Irish lawyer in a British judicial system was an exercise in futility. In one case he defended a man who was fined for putting his name in Gaelic on his cart. While commended by the Judge for an ingenious and instructive defense, the judge still ruled against him. Pearse soon quit the practice of law, the next time he would appear in court he would be defending himself at a Court Martial held after the Rising.

Pearse returned to his first loves: Education, Literature and the cause of Irish Independence. Realizing the importance of the preservation of the Irish language and seeing a school system that appeared to have the goal of turning Irish students into Englishmen, Pearse founded St. Enda’s School were students were taught in both English and Gaelic. Pearse was an early admirer of educator Maria Montessori and Pearse himself wrote an influential paper on education using her methods. Additionally,Pearse began a literary career where his poems and writings reflected his aspirations for an independent Ireland.

A great orator, Pearse soon drew the attention of veteran Fenians such as Thomas Clarke who saw in Pearse a man who could rejuvenate the faltering nationalist cause through his eloquent articulation of the cause of Irish Freedom. Pearse soon proved worthy of Clarke’s belief in him, rising to prominence not only in the Irish Republican Brotherhood but also as the spokesman for the Irish Volunteers and their Director of Operations. Pearse was chosen to give the graveside oration of fenian O’Donovan-Rossa and in the concluding sentence distilled the aspirations of the Irish to its bare essence “Ireland unfree shall never be at peace.” When early on Easter Monday morning, April 24, 1916, the Irish Volunteers began their rising in Dublin, it was Pearse who was the natural choice to read the proclamation of the Irish Republic from the steps of the GPO.

There were no delusions among any of the leaders of the rising that that some two thousand men could defeat the British Empire, rather they hoped to show the people of Ireland and the world the dedication of the Irish people to the cause of liberty and the hypocrisy of a British government currently fighting so that “small nations might be free” on the continent of Europe while still denying that same freedom to the small nation closest to it, Ireland. After a fierce six day struggle, and realizing that casualties amongst innocent civilians were increasing as the British forces became more frustrated, Patrick Pearse surrendered unconditionally to Brigader-General Lowe and issued orders for all companies of the Volunteers to surrender. Pearse was immediately jailed. On May 2nd , Pearse was tried by a British Court Martial. Pearse defending himself, only cross examined one witness, a British Lieutenant who had been captured by the Volunteers and who identified Pearse as one of the rebels and an officer in commend.  Pearse asked the soldier if he had been well treated, the soldier responded he had been. Pearse called no defense witnesses, instead he made a short statement admitting his role in the rising and his dedication to the principles of Irish independence. He asked nothing for himself, only his hope “that the British Government who has shown its strength will also be magnaminous and spare the lives and give an amnesty to my followers.” Padraig Pearse was shot by firing squad between 3:30 and 4:00 am on 3 May 1916 in the former stonebreakers yard at Kilmainham Prison.

Many modern historians and commentators have sought to interpret the man Padraig Pearse, most to suit their own modern views and biases, most not flatteringly. However, to get the real essence of the man, one should look at what his contemporaries thought of him. Perhaps the best epitaph of the man Padraig Pearse and what he fought for was ironically given by the very man who sentenced him to the firing squad, Major General Charles Blackader:

“I have just done one of the hardest tasks I have ever had to do. I have had to condemn to death one of the finest characters I have ever come across. There must be something very wrong in the state of things that makes a man like that a rebel.”

Let us as modern Irish American resist the movement to draw parallels between lesser men and the great men of 1916. Let us never be a feared to speak of Easter Week and the men of 1916 with pride.