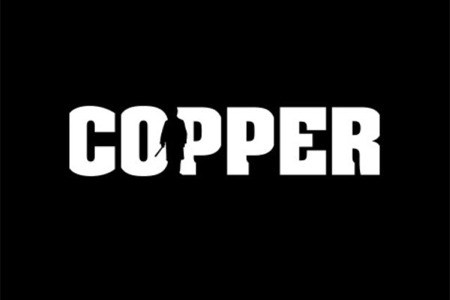 A famous journalist once observed that “Disinformation is most effective in a very narrow context.” He knew that when events, especially historical events, are taken out of context their meaning and significance can be completely distorted. Such is the case with the recent fascination of the media with the events concerning the NY Draft Riots of 1863. These events are the back drop of the movie “Gangs of NY” and the BBC America series “Copper.”

The “Cliff Notes” version of the events which is served up as an accurate depiction in the movie, TV show, and sadly much of our schools history curricula is as follows:

The NY Draft riots were the largest civil insurrection in the history of the United States, lasting from July 13th to July 16th 1863. The rioters were Irish immigrants who resented that wealthy men could buy their way out of the draft but it quickly degenerated into a race riot as Irish mobs ransacked and destroyed numerous public buildings, the homes of abolitionists and African Americans, infamously burned the Colored Orphan Asylum at 44th Street and Fifth Avenue and engaged in several horrific lynchings of African American men.

There can be no justification of such violence. However, the events leading to the NY Draft Riots, and particularly the Irish American role, were much more complex and to subscribe to such a cursory depiction of events is both a historical distortion and a disservice to Irish Americans.

It must be remembered that the years preceding the Civil War was a time of rampant anti-Irish Catholic prejudice. Catholic Churches in Philadelphia and a convent in Charlestown, Massachusetts were burned by anti-Irish/anti-Catholic mobs. It was this environment that gave birth to the AOH to protect our Church and Heritage. Want ads often concluded with “Any race or nation except Irish.” Ironically and seldom mentioned, many of the most bigoted voices against Irish Catholics came from members of the abolitionist community. Deeply rooted in Protestant fundamentalism, many abolitionists saw the elimination of Irish Catholics from America as only secondary to the elimination of slavery. Little wonder that the Irish American community of the 1860s was suspicious of abolitionists and their cause.

Many of these nativists had for years claimed that the Irish were incapable of being “loyal Americans.” Yet, when the Union was threatened the Irish did come out to support their adopted country despite the prejudice they had faced. So many Irish Americans had attempted to enlist in the Fighting 69th that when all available spots in the regiment were filled, there were still enough volunteers to form a second regiment: the NY 37th, The Irish Rifles. However by July 1863, New York’s Irish American community had been bled white at Antietam, Fredericksburg, Chancellorsville, Gettysburg and scores of smaller battles.

After having already made tremendous sacrifices, now the new Draft laws sought to put even more of the burden of the war on New York’s Irish community. The most controversial aspect of the Civil War draft act was that men could buy themselves out of the draft for the sum of $300, a sum unattainable for the poor. As the Chicago Tribune noted “The Draft Act) put the whole sacrifice of life, limb, health and home upon the poor and laboring classes who have the least at stake in the preservation of the Union.” The Draft Riots, and there were many riots in other cities too, were a revolt of the poor who saw themselves being exploited. Despite popular depiction, rioters came from nearly every ethnic group in New York, including many from New York’s swelling German immigrant population. That the mob was predominantly Irish was because New York’s poor at that time were predominantly Irish, not because of anything specific to the Irish character.

Perhaps the greatest injustice in the accepted depiction of the New York Draft Riots is that while the egregious acts of a few are highlighted, the countless acts of humanity and heroism of many Irish Americans of New York during those dark days are completely ignored. The implementation of the draft in New York City which allowed a minor disturbance at one draft office to escalate into a four day riot was an embarrassment to the Administration and a scapegoat had to be found. It was all too easy to play to the accepted prejudices of the day and depict this as “an Irish issue”, a perversion of the facts based in its own form of racism that far too often goes unchallenged to the present day. However, Harper’s Weekly, a publication that was never known as being overly fond of the Irish, had a far different assessment in an editorial written shortly after the riot.

It must be remembered that in many of the wards of the City during the late riot, the Irish were the primary, and often only, friends of law and order. That it was The Irish that risked their lives at 43rd street and 5th avenue at the Colored Orphan Asylum to save the little children from certain death at the hands of the mob. That many of the police officers injured during riot were Irish, and it must also be noted that Police Officer Paddy McCafferty put his body between the mob and 20 colored children and brought them to the safety of the 35th precinct at great peril to his own life. Further, that to a man, the Catholic Priesthood which is almost entirely Irish in our city used their influence on the side of law and order.

These are words that Mr. Scorsese, BBC America and many history teachers would be well to remember and put the tragic events of those four days in 1863 in their proper context rather than perpetuating the caricature of events that often passes unchallenged.