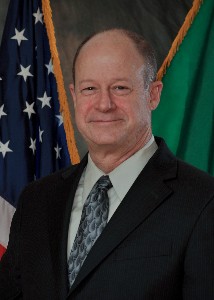 Happy New Year. Our next meeting will be held on Friday, January 27 at 8pm. Welcome aboard to new members Bernard Sweeney, Noel Charles, and Kevin Gildea. Congratulations to Pete Dunne and John Gannon who were re-elected Hibernian House Vice-President and Recording Secretary respectively and to our 2012 Aide to Grand Marshal John McElligott and Battalion Commander Bill Ford for the parade in Pearl River.

Many thanks to all of you for supporting our Pot O’Gold fund raiser this year as well as to all our volunteers who worked to make it a success, especially Bill and Trish Lee, Phil and Linda Sheridan, and of course our quintessential volunteer Jim Gallagher. Also a great job was done by Pete Dunne, John Gannon, Larry and Denise DeGennaro, Mike Lynch, and all of you supporters of our Christmas Families drive. Thanks again to Bill and Trish Lee and volunteers for collecting, cooking, and distributing the Christmas dinners.

Dan Callanan reports the following Good and Welfare news: Please say a prayer for the peaceful repose of Pete Dunne’s brother Robert and John and Ray Lowry’s dad Patrick in Carlow. More prayers are welcome for Ray Gallagher’s daughter Christine who is running into some difficulties with her chemo treatments in Connecticut, Brendan Malley faces at least another month of rehab in West Palm Beach before he can return to his hometown of Jupiter as he continues his recovery from his auto accident injuries, and Larry McKeever has started his recovery at Helen Hayes which is expected to be a very long journey.

Please say one more for our troops.