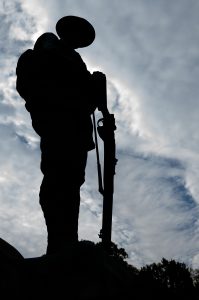 This Monday is the day we set aside to honor those who have made the supreme sacrifice in defense of our Nation.  It is a day of special significance to us as Irish Americans as no other group has given so much in our nations service.   From General Richard Montgomery who died in the snows outside Quebec during the American Revolution to Lt. Michael P. Murphy who earned the Medal of Honor posthumously in the hills of Afghanistan Irish Americans have always answered our Nations call.  Walter Winchell wrote “You can’t strike the American Flag without some Irishman hitting you back”.  Winchell also noted the many Irish Americans who “wear their green every day on their graves for America”.

This Monday, Pearl River will be holding its annual Memorial Day Parade.  Division 3 gathers at the Key Bank Parking Lot Braunsdorf & N. Middletown Rd. between 10:00 and 10:15 am, the parade itself steps off at 10:30 and marches to Braunsdorf Park where there is a short ceremony and all participants are invited to a reception at the American Legion afterwards. It is only an hour or two and leaves plenty of time to enjoy the day.  It is not much to honor those who have given so much and who are so often overlooked.  As the largest Division of the AOH in the country and one of the largest charitable organizations in our community it is appropriate that we make a significant showing.  Can you spend an hour to honor those who gave up all their tomorrows for us?