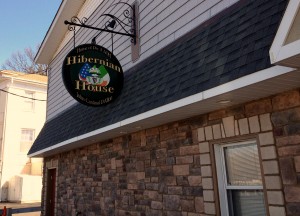 Congratulations to Sean Walsh on his football pool to raise money for the Lourdes kids. the whole day was a huge success. Kudos to John Crilly for cooking all that great food. Sean is doing it again on Oct. 27th for another good cause. Don’t miss another good day.

Saw the rehearsals for “Dancing Like A Star”, if you can get tickets don’t miss it.

This year is the tenth anniversary for the “Fat Off” And all past champions are invited. Weigh in is Jan.1st at the pub. Open to everyone, loose weight and raise money for a good cause

Over The Bar: Thanks to Big John Ovchinnikoff  ( had to go the book for the spelling) for his work at the club. By the way did he get an oil change with that hair cut? Good to see Jim Gallagher (he’s the crazy one) up and around. John Draper Sr. is in on the Florida trip in April, he’s already packed. Warren Hennessy says he’s going to try and “Squeeze” more time in down at the pub. “What’s up Doc” Billy Ford, back up and around, after a bout with an infection. The doctor told Billy his arm was swollen, surprise that was his normal arm. Jack O’Connor was discovered by a movie producer during the filming at the pub. Rumor is he’s off to Hollywood to star in the “Whitey Ford Story”. The Mook is back from his tour of America. He maybe headed to Broadway to play “Uncle Fester”. Who is the new guy in the elimination pool? We think Don McKallen knows.

Don’t Forget “Adopt A Family” is coming up, any donations can be left at the Pub