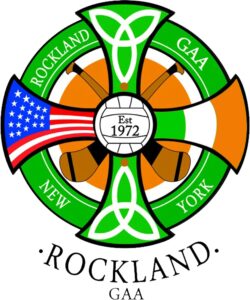 Many thanks to all the Division 3 members who volunteered at or attended the Grand Opening of the Rockland GAA’s Grand Opening of the new Pavilion/Clubhouse facility back in July. The weekend was a tremendous success and we were honored to have Gerry Adams in attendance on the Sunday. We were also honored and pleased to host the RCAOH Bagpipe Competition on July 22nd.

There have been many successes on the Field too – the big North American tournament “CYC” was held in July in Buffalo this year. Rockland GAA sent 287 young players, 42 coaches – 26 teams that contested 17 Finals across Gaelic Football, Hurling, Ladies Football and Camogie(girls hurling); Winning 10 and finishing Runners Up in 7. July also saw the Rockland Junior Ladies win the New York Championship and our first RGAA Summer Camp with 175 boys and girls in attendance. Rockland GAA also had a number of players on the Boy’s and Girl’s Feile teams who traveled back to Ireland to compete back in June. The New York Boys won the Division 1 All Ireland Feile Championship – a major accomplishment – and the Girls lost a very close Division 2 Semi Final. New York also sent a U17 girls team (my team) back for a tournament in Dublin where they placed 3rd out of 16 County teams losing the semifinal by just a point. The fall season has kicked off up at the fields – you can see the schedule for upcoming games at www.rocklandgaa.com.

October 14th Rockland GAA will be having its annual dance at the new Pavilion/Clubhouse – tickets are $25 with hors d’oeuvres being served and our very own Mike O’Sullivan playing music all night. For tickets or information please contact Dennis Madigan dennis.madigan@aol.com.