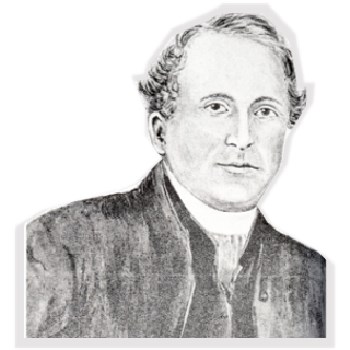 The year 2013 marks the Two Hundred and Fifteenth anniversary of one of the watershed moments in the Irish struggle for freedom: the rebellion of 1798.  The extension of some of the penal laws in the early 1700’s to include Presbyterians in addition to Catholics in an attempt to suppress any religion but that of the state sponsored English Anglican Church had led both groups to find an unprecedented common cause against a tyrannical government. This common oppression help forge a new national identity of United Irishmen.  Inspired by the “rights of man” expressed in the American and French Revolutions, they sought to have a voice in their own government, including the Catholic majority who were excluded from political participation, and freedom of religious expression.   After first seeking redress by constitutional means only to be frustrated by an alien government intent on absolute rule, the United Irishmen realized that the only hope for freedom was to “break the connection with England”.  The result was a rebellion where members of both Catholic and Protestant communities rose in open rebellion.  It was an unprecedented time giving rise to unlikely heroes, one of them being Fr. John Murphy of Boolavogue.

John Murphy was born in 1753 in Tincurry, County Wexford; one of five children of a local tenant farmer.  As a Catholic under the Penal Laws he was barred from any form of formal education, instead receiving his schooling from the underground hedge schools run by the local priests.   Deciding to take Holy Orders, Murphy was forced to travel to Spain in order to complete his education for the priesthood as seminaries were forbidden in Ireland.  On his return home, now Fr. Murphy was assigned as the parish priest of Kilcormuck, better known as Boolavogue.  At the time of the 1798 Rebellion he was 45 and described as short of stature and balding, but well-built and active.

The increasing militancy of the United Irishmen had resulted in the British government instituting brutal methods of suppression that did not trouble itself to distinguish between active rebel and the ordinary Irish population, with martial law being declared on March 2, 1797.  The instrument of British government policy was the Yeomanry (the “Yeos”), private military companies raised by British landlords.  Literally a law unto themselves, they dispense vigilante justice without trial to anyone suspected of being a rebel or sometimes just for personal gain.  Their tactics included house burnings, torture, rape, theft, pitchcapping (pouring hot tar on a victim’s head then ripping it off when cool, effectively scalping them) and murder.

At first Fr. Murphy was an advocate for peace, urging his parishioners to comply with the authorities, give up their arms and even sign an Oath of Loyalty to the Crown.  However, the continued outrages of the Yeomanry soon made Fr. Murphy realize that no matter what his parishioners did, they had already been found guilty of the crime of being Irish and subject to punishment by  a reign of unchecked terror.  The final straw was when the Yeomanry seized and executed twenty-eight innocent local men without proof or trial.   Reports indicated that their next target was Boolavogue.  Transformed now into the good shepherd called upon to defend his flock, Fr. Murphy organized a party of thirty men armed with a single gun and a few pikes improvised from farming tools.  They intercepted the yeoman led by Lieut. Bookey at the Harrow as they were beginning to set fire to the homes of suspected rebels.  In the confrontation that ensued Bookey and another yeoman were killed while the rest fled.

Now committed to the rebellion, Fr. Murphy led his men to a local armory where they were able to reclaim some of their surrendered pikes and guns.  His numbers now swollen to over a thousand, Fr. Murphy and his men were able to defeat a well-armed force of militia and yeomanry at Oulart Hill.  With this victory, almost the entire north of Wexford rose as one, causing the enemy to flee south.  The next day Fr. Murphy and his forces captured Enniscorthy in a four-hour battle in which one hundred of his men were killed. Two days later, the rebel forces, now grown to some 15,000 men, captured Wexford town, the capital of the county.  Here they released Bagenal Harvey, a prominent Protestant landowner and leader of the United Irishmen who had been previously captured, whom they appointed commander of the Rebel forces in Wexford, Fr. Murphy placing he and his men under his command.

However, courage and dedication alone could only do so much against the increasing number of well-armed, well led, professional soldiers now being sent against the United Irishmen.   Fr. Murphy and his men were severely defeated at Arklow while simultaneously Harvey’s men were defeated at New Ross.  The rebels were forced to retire on their central camp at Vinegar Hill. There they were confronted by 20,000 regular English troops and German mercenaries supported by artillery who quickly defeated the poorly armed rebels.

Vinegar Hill was the last major battle of the 1798 rising and now the brutal reprisals began.  General Lake ordered every wounded rebel to be shot.   The cavalry was released on the fleeing rebels, indiscriminately cutting down men, women and children alike. The Enniscorthy courthouse, used as a hospital, was burned down with its 80 wounded rebels inside.  General Sir John Moore, later to become one of the most revered generals in the history of the British Army, wrote in his diary of “the violence and atrocity of the yeomen, who committed the most unpardonable acts.” And Count Hompech, commander of the German mercenaries, stated that 25,000 rebels were killed in cold blood after the fighting ended.

Fr. Murphy was also a victim of these brutal reprisals. He was captured at Tullow, Co. Carlow on 2 July.  He was tortured, summarily tried  and hung in the village square. The Yeomanry then removed his head displaying it on a pike while his body was burned in front of a prominent Catholic household as a “message”.

The 1798 rebellion has a mixed legacy.  The English government, seeing the peril to their rule when the Irish united, made stoking the flames of sectarianism a government policy; using the age old strategy of “divide and conquer” to maintain control of their most troublesome colony.    British Brigadier-General C.E. Knox wrote to General Lake: “I have arranged… to increase the animosity between the Orangemen and the United Irishmen, or liberty men as they call themselves. Upon that animosity depends the safety of the centre counties of the North.”   The policy of government sponsored “animosity” still haunts Northern Ireland to this day and some could argue that the “Orange Card” is still being played by people still wishing to hold onto the power of the past.  However, Fr. Murphy and the United Irishmen debunk the commonly held myth that sectarianism is endemic to Ireland.  Fr. Murphy and the men of ‘98 and those who followed them give us a hope for the future, were Catholic and Protestant can both be proud of the common bond of being Irish and where the message of the later Irish Tricolor flag, the “Green” and the “Orange” traditions united by the common “White” of  peace and freedom” may yet be fulfilled.