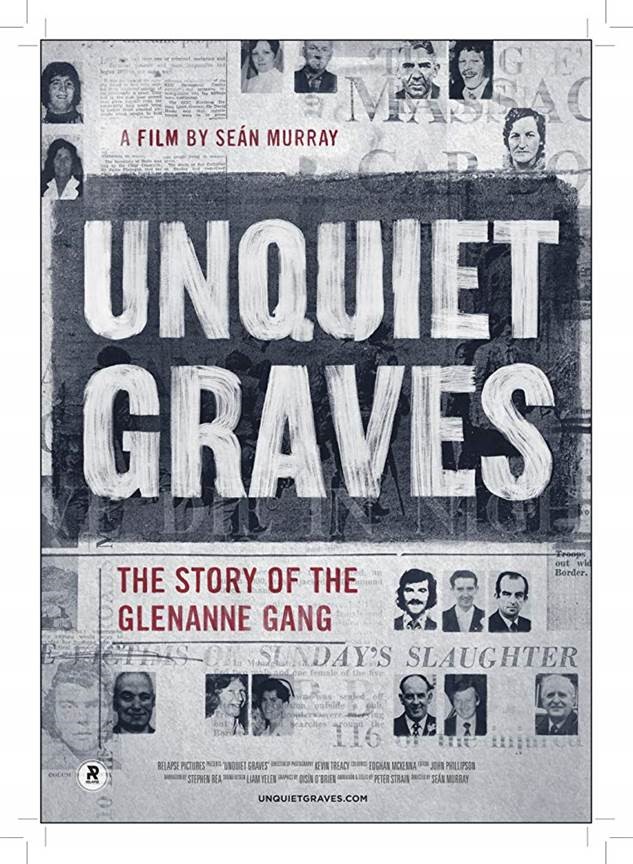 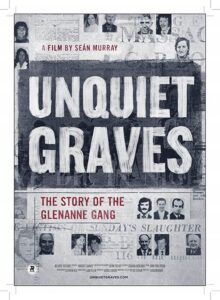 On Monday, June 10, 2019, Alan Brecknell from the Pat Finucane Center will present the documentary Unquiet Graves.

Unquiet Graves: The story of the Glenanne Gang details how members of the RUC and UDR, (a British Army regiment) were centrally involved in the murder of over 120 innocent civilians during the recent conflict in Ireland. It will detail how members worked hand in hand with known sectarian murderers in the targeted assassinations of farmers, shopkeepers, publicans and other civilians in a campaign aimed at terrorizing the most vulnerable in society. Now known as the Glenanne Gang, the group of killers rampaged through Counties Tyrone and Armagh and across into the Irish Republic in a campaign that lasted from July 1972 to the end of 1978.

Admission is free and open to all.  Doors open at 7pm for a meet and greet with the film presentation at 7:30. Documentary is 1 hour and 15 minutes.