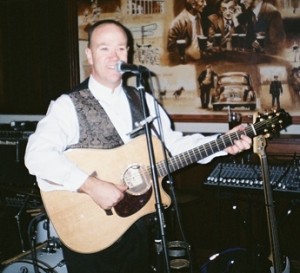 Billy Keenan is a gifted Irish musician, husband, and father who suffered a terrible accident that left him paralyzed.  A proud Irish-American, Billy was born in the Bronx and raised in Rockland County. After graduating from  Albertus Magnus High School & Fordham University, Billy served his country overseas as a second lieutenant in the United States Army. But his passions were his family, his music and teaching. Making a home in New City with his wife Noreen Martin and sons, Patrick (13) and Kieran (12), Billy taught history at North Rockland High School until his accident. Billy has played Irish music since he was able to hold a tin whistle. He was the lead singer in The Summerwind Band as well as the Prime Time Showband playing countless Feisana, Irish events and weddings over the years.
There will be an impressive line-up of musicians who will be performing at a series of concerts over the weekend of May 3 in Mincola, Yonkers, and Tappan to benefit the Keenan family and aid in defraying some of the tremendous medical costs. The local Fundraiser will be at the German Masonic Grounds in Tappan on Sunday, May 4.  John Dolan has left raffle tickets at the pub. Please consider purchasing some.